tattered and marked with faded pencil

of two-by-four lengths and number,

something about paint and primer

and copying a key, from the day before

and it was never used to shop at

the hardware store and lumberyard;

now it reminds not of the items

once needed but the one who once

needed them but no more.

“She will most certainly not be missed!”

meaning “certainly will” and “it won’t be the same”

but said the opposite of both and made a joke.

A daughter cried through the eulogy

recounting with the inadequacies of word

how her Mom lived and loved and mostly well

now glorified and comfortable; she was assured.

but praised and missed and truly mourned now

She tried to make her kids better

to get them to stand up straight and finish school

she never stopped trying even though she failed

polite talk concealing whether she was just a fool.

And a son sat weeping in the pew ahead

comforted by a child who hugged and was cute

the label on a jacket sleeve showed it was a new suit. 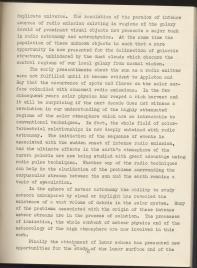 The marks have no moral,

they know no stories,

nor me or mine,

in the quiet of the day’s ebb

haunting and mocking what can’t

be changed by dreams,

they are carried along

as the wave of the page turns slowly

to the next leaving anyone

who writes this way,

not how but why;

and the way the words go

because it is a path

leading to another nowhere

ready to mean something,

and maybe even remembered

a child’s plea to read it again,

This started as the tale of a lost manuscript,

an idea that became a story that might have

become an enjoyable book but never will be

as it took a turn while contemplating what was

consuming more time than good should

these years of distraction when everything pleasing

around me twisted, lovingly straining to keep

me in the middle as each new wheel began to spin

its own rings, feeding off the others,

once so close their energy sparked blindingly,

now bouncing in their own orbits here, there,

it all happened so slowly, so perfectly, and I

now know I missed too much that I hope they

each captured while I pounded out words

of a fictional life no one could possibly lead

as my own unbelievably wonderful one spun

in and out of days and seasons and states

that are now the lost manuscript of my life. 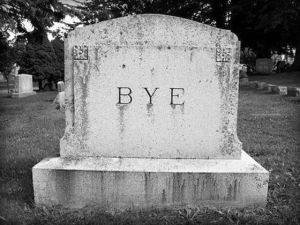 In every good story someone dies
(sometimes, but more frequently,
in bad ones as well); not always
tragically or poignantly, not always
sadly or in a timely fashion, usually
importantly a death is required.

It may be that it’s a way to make
tales more authentic, but it ironically
renders death’s severity a mere ploy
in the hands of desperate dramatists
longing for gravitas yet in failure;
simply turn dust back to dust.

Occasionally it’s accidently but
unexpectedly; and if the desire is
manipulative – the death of a child,
boy or girl, either will do – to tweak
the emotions of even the hardened
with an appeal to the weak.

Now multiple deaths are a waste
to an author and thus school bus
fatalities (a kindergarten field trip
tragedy) are typically avoided
and mass murders’ victims aren’t
the story in the first place.

Too many tales are funereal,
too many yarns come undone
and too many wakes begin stories
of too many things gone wrong;
dramas of dads and mamas
until death do everyone part.

Narrators, of course, play God
knowing, seeing all, all at once
what’s in heads, hiding from light
but telling us only part of a story;
this or that reason for lost life,
providing knowledge we lack. 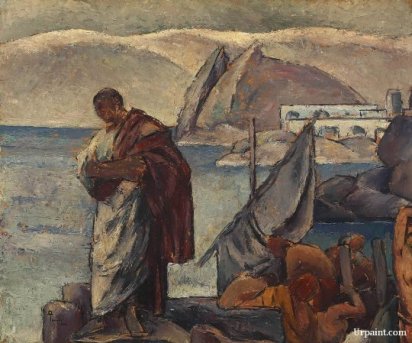 Like Ovid I will die in exile
and no one will know why,
obvious rumors will fly
getting his due, they’ll smile
in assured ways their lie
comforting thoughts supply
and enjoy my sour cry
from my joyless isle
knowing justice will supply
but I won’t know why
emperors once prized
but were just as spry
in sending me here to die.